Thank you, Becky Albertalli, who tagged me in this writing process blog tour. Becky’s a fellow Atlantan, a friend and writer of the debut YA novel SIMON VS. THE HOMO SAPIENS AGENDA, scheduled to release from Balzer + Bray/HarperCollins in April of 2015. I haven’t read it yet, but I’m really looking forward to getting my hands on a copy as soon as humanly possible. You should follow her blog HERE (she’s hilarious) and find her on TWITTER as well. (Oh, and I love how she champions diversity in YA books—she’s talented AND a thoughtful, compassionate person.)

What am I working on?

I’m drafting (which among writey people is another word for “writing the first draft with much angst and agony and also sometimes fun”) a psychological suspense about the nature of toxic love and how hard it can be to sever the connections we make when we’re young and irrational and full of hormones, even though these relationships can lead to DISASTER. I know that sentence was incredibly long as well as completely vague, but I’m a bit superstitious about flat-out spilling the beans on new stories. I promise the sentences in my book are much shorter.

I should clarify—I’ve actually finished the VERY ROUGH first draft, printed it out, put it in a binder, and now I’m circling it, eyeing it cagily and contemplating the exact moment I should pounce on it with my red pen.

That was another long sentence.

How does my work differ from others of its genre?

I think my book offers the usual suspense goodies: a creepy, southern gothic setting, a crime and a mystery about that crime. There’s also some violence—perhaps a murder (or three)—and a whole slew of seriously suspicious characters. The delicious banquet of crazy you get with psychological suspense. I’ve got plenty o’ crazy.

This story has a really heartfelt center, though, which is the relationship between the main character and his fourteen-year-old step-daughter-to-be. It’s shot through with misunderstandings and false starts, but it’s really tender (in a ROUGH DRAFT kinda way). For me, their bond—and how they come to trust each other—is the core of the story.

Why do I write what I do?

I love suspense/thrillers, because I love to be scared, but just pretend-scared, never real-life scared. I’ve also been strangely obsessed with true crime books for years (Ann Rule is my all-time favorite) and, of course, I’ve watched every episode of every incarnation of the Law and Order series.

I actually like other stuff too—I’m an equal opportunity, across-all-genres reader—and recently I’ve been thinking about an idea that’s more of a historical drama set in the 1960s. We’ll see…

How does your writing process work?

I get an idea. I think and think and think about this idea and see if I can come up with a fascinating (to me) setting and complex characters that kind of meld in a harmonious way with the idea. I spend a lot of time thinking, before I ever open my computer. A lot. That’s why I wander around looking spaced out 90% of the time and always forget which day is the mother’s coffee at my kid’s school.

If I hit on a scenario that inspires me, I’ll typically draft out a rough outline. I absolutely have to have the MIDPOINT and ENDING of a story before I’ll start writing—for some reason that’s huge with me—but the rest of the plot points are generally pretty fluid, and, truth be told, I usually end up losing my outline in the back of my car or at Starbucks at some point in the process.

I force myself to write daily (while the kids are in school, not weekends), with a word goal of 1,500 to 2,000 words a day. That goal isn’t always reached, but putting a number out there really motivates me to plow ahead and not get sidetracked from my initial excitement. I’m a big believer in finishing what I start. Even if it’s crap.

Once I finish a draft, I let it sit a couple of weeks, then do a million revisions (because it usually is dangerously close to being crap), then give it to a few beta readers. Then, off their comments, I’ll do another round of edits. After that, I send it to my agent and do more edits based on her comments. (She’s a fantastic editor, by the way—such a bonus.)

Next on the tour, two talented writers, both of whom happen to be represented by previously mentioned, wonderful agent, Amy Cloughley of Kimberley Cameron and Associates. Check out their posts on their writing process next Monday, May 19. 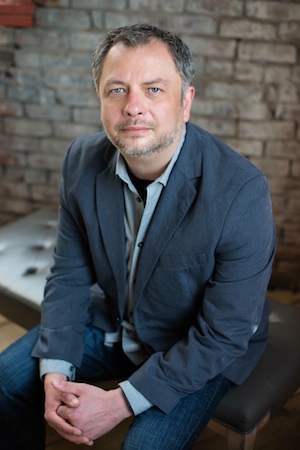 CHRIS NEGRON is an Atlanta-based writer of adult upmarket novels who has recently begun to dabble in the middle grade genre. THE OCEAN BETWEEN LOST AND FOUND, an upmarket novel about he way a project to recover and return valuables lost in the tragic 2011 Japanese tsunami transforms the lives of three very different people, is currently on submission with editors. 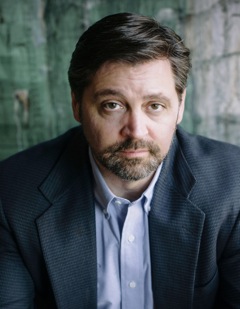 ALLEN ESKENS grew up in Jefferson City, Missouri, and migrated north to go to college, graduating from the University of Minnesota with a degree in journalism. He went on to law school and eventually settled in Mankato, Minnesota where he started a law practice and raised his family. As the years passed, he continued to study creative writing, honing his skills in the M.F.A. program at Minnesota State University as well as the Loft Literary Center and the Iowa Summer Writer’s Festival. He has his debut novel, THE LIFE WE BURY launching on October 14 of this year and is busy revising a follow-up novel. He continues to live quietly in the country near Mankato where he’s a husband to Joely, father to Mikayla and pet owner to many. He is represented by Amy Cloughley of the Kimberley Cameron Agency.

1 thought on “My Writing Process”