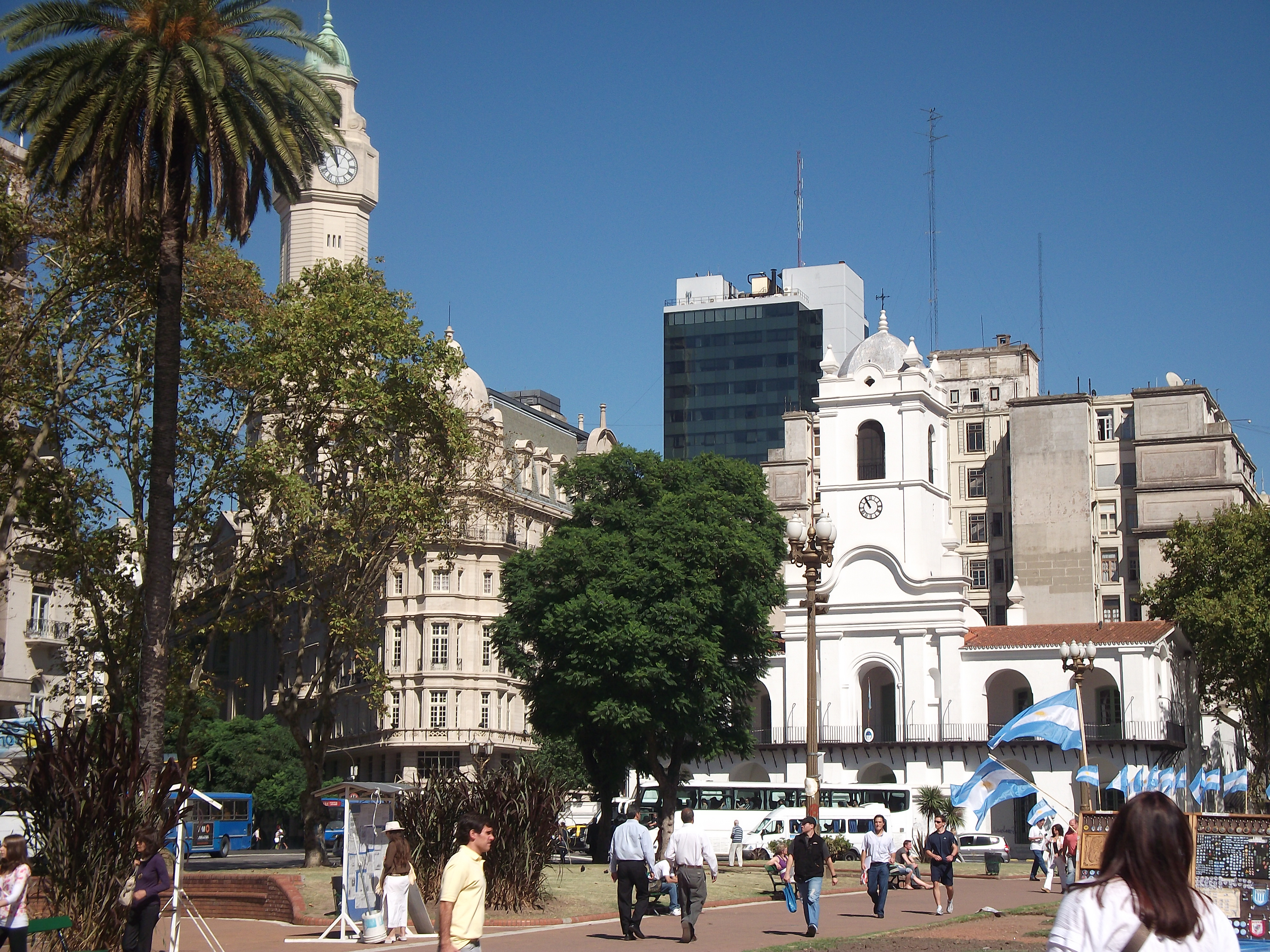 Argentina was a fantastic experience, an incredible place to visit, and I’ll be forever glad I went. I traveled with a wonderful friend and got to reconnect with another friend I hadn’t seen in ages. But here’s the thing–I saw behind the tango curtain, and, dang it, that glimpse put a serious dent in my whole “tango is change/hope/forward” delusion I’d been building in my head.

Here are five things that surprised me. Cinco Sorpresas, if you will (and, yes, I just looked that up on Google Translate):

1. Taxi Dancers do not drive taxis and sometimes cannot even dance.

Unlike I’d imagined, Buenos Aires was not full of fiery, doe-eyed, secada-doing, gancho-snapping Argentine men waiting to dance with me. Shocker, I know. Turns out the ratio of leaders to followers, i.e. men to women, was way off balance, just like it often was back in Atlanta. If you didn’t come to the festival with a partner and there weren’t enough men signed up for the class, you were out of luck. The festival organizers provided taxi dancers–paid, local tango dancers–to rotate among the followers. But they were in high demand and went fast. (You could hire one to follow you around for the entire day and night if you wanted but that felt desperate and too much like a certain Julia Roberts/Richard Gere movie to me. I just couldn’t do it. What if he turned out to be a murderer? Or to have monkey breath?).

In one class I was lucky enough (I thought) to be assigned my very own taxi dancer. He was a good twenty years older than me and, I assumed, an experienced dancer. Not so much. He couldn’t even catch on to the sequence we were being taught in our intermediate class. He grew more and more frustrated as we stumbled around and began berating me, loudly, in English, for my lack of skill. I bit my tongue because I knew if I went down that road–that let me tell you a thing or two, grandpa road–at the end, I’d probably wind up going all Daniel Day-Lewis on him. In other words, There Would be Blood.

Finally toward the end of the class, the teacher came over, took one look at our moves and spoke in Spanish to my partner. I didn’t understand what he said, but here’s the dream translation that ran through my head: “Get your filthy hands off this lovely and talented tanguera! You tarnish the good name of taxi dancers everywhere, you pretentious, tango-faking, bossy-pants ass clown.”

Which leads me to…

2. Three years combined of French and Latin will do you no good in Argentina.

That’s right, I sashayed down to South America without knowing a lick of Spanish. In an interesting and ironic twist, many Argentines do not know a lick of English. Honestly, I don’t know what I was thinking–that I’d somehow get by on my girlish charm? That the soulful porteños and I would communicate in the universal language of tango? Let me assure you…I didn’t and we couldn’t.

Here was the low point: when I found myself in the lobby of a bed and breakfast in the rural province of Cordoba frantically flipping through my English-Spanish dictionary, trying to say, then pantomime, the phrase more toilet paper for the ENTIRE STAFF because, for whatever reason, my antics had drawn a crowd. I’m convinced they were all just pretending they couldn’t understand me. And in my defense, I think the Spanish word for toilet paper is needlessly complicated and hard to pronounce.

On one of our free nights, my friend and I decided to attend one of the famed local milongas at the classic Confiteria La Ideal. Being my usual well-prepared self, I’d read up on the warnings about some of the local men–older, mostly, and bad dancers–who hung around waiting for too-polite, over-eager American touristas (sounding familiar yet?), so they could swoop in and rope them into dance after miserable dance. If you weren’t careful you could end up clutched in their sweaty arms for an entire evening. Apparently reading the warning wasn’t enough for me because it wasn’t thirty seconds after I’d sat my butt down before I was accosted.

Over in Alabama, we girls are taught to never be rude. Never. You’re to be nice, even if someone has parked their John Deere tractor on your foot and you’re about to lose consciousness. And God forbid you say no to someone who asked you to dance. Passive aggression, therefore, is the only available solution. I was trapped for two dances before I started flat-out refusing to follow the guy’s lead. After repeatedly steering me into the live orchestra’s singer and trying to force me to do something that was neither tango, nor humanly possibly to do with one’s feet, he yelled at me over the music, “DO THE STEP! DO THE STEP!”

I just smiled and nodded and kept doing my own thing. Finally, fed up with me, he dropped me off at our table and went to find another victim. Then I talked my friend into dancing with him just so she could experience the epic awfulness (and I could take funny pictures). So that cheered me up.

Getting a cab in Buenos Aires in the daytime was a challenge. Getting one at three a.m. in the sketchiest barrio in the city after one of the festival-sponsored milongas was a matter of life and death. Seriously. One night, by some kind of miracle, a male friend of ours spotted an empty cab and flagged it down for us. Minutes later, after we were safely tucked inside and speeding back to our hotel, a poor guy from San Francisco who was waving down another cab on the exact same corner, had a gun pointed at his head and was robbed then beaten nearly unconscious. Kinda scary. Kinda forgot to mention that incident on my next Skype back home.

At one of the milongas, one of the unbelievably talented tango masters winked at me. Which you think would’ve been exciting, except he looked like this: 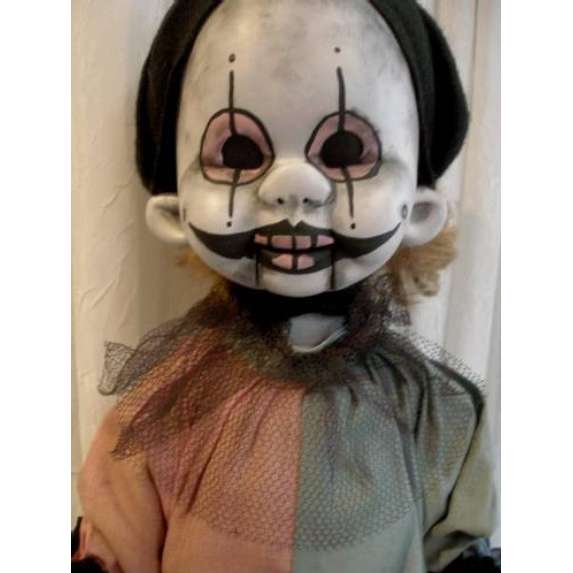 I am not kidding. Those of you who tango and have been to CITA know of whom I speak.

To be fair, there were good things about my trip as well. There were. Little moments I held onto even in the deepest, darkest, scary-tango-clown-winking moments. So I really should mention those as well. And try to explain how they all added up to me temporarily suspending my tango hobby.

3 thoughts on “Forgive me Father, Part 2”

Forgive me Father for I have sinned.
Forgive Me Father, Part 3