But enough about me…what do you think of me? 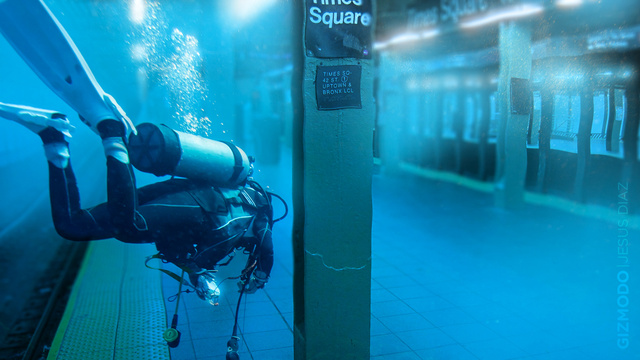 With all due respect to those suffering as a result of Sandy, I can’t stop thinking about how she might’ve messed up my weekend plans. I know, I’m a horrible person, but I have to be honest. Even with all the floating houses, upside down cars and swimming kittens, I’m still thinking about how this dumb storm might interfere with my life.

See, there’s this bi-annual writers conference I’ve been attending the past couple of years, at which I enthusiastically and unsuccessfully pitch book ideas to New York literary agents. It’s both fun and horrible. Educational and terrifying. Exhilarating and devastating. All of which are qualities I apparently seek out in my weekend entertainment.

Unfortunately, the agents who are scheduled to attend this weekend are supposed to be flying on planes which, if I’m going by Matt Lauer’s word, are now floating in the Holland Tunnel along with the cabs and kittens and flaming falafel carts. I hear we might be Skype pitching our books instead, which could be good, because on Skype everybody looks robotic and awkward and afflicted with Hepatitis B. That would keep the agents from realizing that in person I really am robotic and awkward. Not so much afflicted with Hep B, but due to my recent bout of insomnia, I’m pretty sure I’m not at my sparkling best.

Speaking of not sparkling.

On the off chance Delta is able to fish an airplane out of a subway tunnel and drain the water out of it, there’s also supposed to be this cocktail party the night before our pitch day. This party is where all us writers are expected to mingle with the agents and various other special guests (editors, publishing execs, real authors, etc.) and network. During this networking time, we’re supposed to chat with the agents, ply them with drinks and NOT talk about our books. I don’t know about you, but when somebody tells me I’m not supposed to talk about something, THAT’S ALL I WANT TO TALK ABOUT. I mean, that’s the whole reason I’m there in the first place.

But as y’all are well aware, I’m cool, and I try to follow the rules and whatnot, so for the past couple of years I’ve worked hard to overcome my introvert-ness and done what I’m supposed to do. I’ve mixed and mingled and not talked about my book with the agents. By the way, a side note. If you ever want to see me at my most severely uncomfortable, come watch me network. It’s a finely-crafted masterpiece of crapitude.

For example, one time (while networking like a freakin’ mother, if I do say so myself) a magazine editor asked me what I was working on. I said it was a women’s-fiction novel. He then demanded I pitch it to him. I said, but you’re a magazine editor, not an agent. To which he replied that it didn’t matter who he was, that I needed the practice and besides, he could listen to my pitch and tell me whether it was good or not. I declined and dumped his drink on his head (okay, I didn’t do that last thing. I just smiled and fantasized about grabbing his arm and giving him an Indian rug burn). I’m pretty sure I’m the only person in the world who gets in a fight while networking.

The saving grace here is that it is a room chock full of writers–most of them introverts too. Occasionally shy (sometimes painfully so), better at our computer keyboards than with human interaction, sensitive, thoughtful, and, dare I say, insightful? Or crazy, depending on how you look at it. As you can imagine, there are those birds too, the crazy ones, at these things. I’m thinking of one particular fellow writer-guy who told me he couldn’t explain his book to me because the concept was way too deep to understand. Or the one who launched into the entire story of his novel, plot point by painful plot point, so that finally I was compelled to walk off with no explanation in order to preserve my own sanity. I’m not so sure he even noticed I was gone.

The good news is this: I will be missing this year’s cocktail party because I’m having dinner with my parents who are coming into town. I’m not promising there won’t be any Indian rug burns at that gathering, but at least I don’t have to network with these people. They’ve pretty much witnessed my entire bag of tricks and are over me. Way over me.

And in an unrelated note: advance apologies if my nine-year-old son throws up in your bowl of trick-or-treat candy tonight. Halloween absolutely cannot and will not be pre-empted by a stomach bug.

7 thoughts on “But enough about me…what do you think of me?”

Come Fly With Me
Project Fun