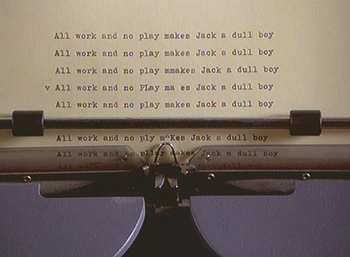 LISTENING TO: “Arizona” by Caroline and The Ramblers (Get the CD “Red Hot Mama” on Amazon or iTunes if you’re in the mood for some good rockabilly/country/swing blues. She’ll make you want to slap on a straw fedora, a snap-button shirt and swing dance the night away.)

Yes, Project Fun is exactly what it sounds like. I have been working a lot lately, and while it’s all stuff I (mostly) enjoy, let’s face it: all work and no play…can get you looking all pointy-browed and psycho-smiley like Jack Nicholson in “The Shining.” Just ask my family.

(Disclaimer: When I get overworked, I don’t chase people with axes, I just get really morose and introspective and sigh a lot. Which is probably worse.)

This time, when I started feeling super-squirrelly, I wisely decided I needed to get busy having some fun. I resolved to get proactive in having said fun: schedule dates with girlfriends to go out dancing, to concerts, more dancing, festivals, and, again, probably a little more dancing.

In order to jump-start Project Fun I decided I should kick loose the log jam of grumpiness in my head and shock my amygdala into high gear by watching a horror movie. Horror movies are fun to me–I’ll actually go so far as to say I love them. But, let’s face it, it sucks to watch a scary movie alone, and there is only one other member of my family who will watch them with me–my 14-year-old son, Alex.

Then something occurred to me. This was the perfect way to kick off my new endeavor. Not only was it possible for me to fulfill my own need for a good time, but I could simultaneously create a tender mother/son bonding experience AND further my child’s on-going classic film education all at the same time. And an unexpected bonus: prove to a somewhat smarty-pants kid who constantly poo-poos the ability of old movies to scare him that mommy always knows best (a constant goal of mine). Win-frickety-win.

I ordered “The Shining” on Comcast and invited Alex to join me.

He and I chased the three-fifths of our family who hate scary movies out of the living room and cozied up for an afternoon of terror. And when I say cozied up, I mean teenage-boy-practically-sitting-in-his-mother’s-lap-and-clutching-her-arm-with-talon-like-fingers. I have to admit I kinda enjoyed that when it first happened. Except then, during the really scary parts, he inexplicably pinched the FIRE out of the tender skin underneath my arm, which not only made no sense (hey, I didn’t ask those girls in the blue dresses to show up) but hurt like a mother. I finally had to push him to the far side of the sofa.

I’d now like to share some of the random thoughts and comments that came up during the course of the film.

1. Alex: “That woman isn’t very pretty. Why did they choose her to play his wife?” Me: “Wait till she starts screaming. She looks awesome screaming.” (Honestly, has anyone in the history of film looked more terrified AND more terrifying while screaming? She almost scares me worse than Jack N.)

3. Alex (as Shelley Duvall is dragging Jack Nicholson into the pantry): “She is the dumbest woman in the world. She needs to leave that hotel now.” (agreed)

4. Alex: “Scatman Crothers is the most awesome name in the world.” (also agreed)

5. Alex: “She is such a bad mother! Why is she just letting her kid ride unsupervised all over that haunted hotel on his tricycle?” (because she is busy smoking in the boiler room/kitchen and wondering why her husband won’t let her read the novel he is writing)

6. Alex: “Look at how that typewriter works!” (No kidding, he was fascinated by the automatic carriage return mechanism. Ah, the good ole days.)

7.  Me (after one of the other members of the family wandered into the room, and we had to pause the movie): “Oh, I should mention…you know the Jay Leno show, right? Well, the guy who hosted the show before him was named Johnny Carson, and he had this sidekick dude Ed McMahon who always said, ‘Heeeeereeee’s Johhhhhhnnnnny!’ when he introduced him.” (I can’t believe I actually had to explain that.)

10. OH NO, I FORGOT ABOUT THE SEVENTIES-ERA FULL-FRONTAL NUDITY!!!! I MEAN IT’S ONE THING TO LET YOUR KID WATCH A FATHER CHASE HIS SMALL SON THROUGH A SNOWY MAZE WITH AN AX, BUT TO LET HIM SEE A NAKED FEMALE??? NOOOOO!!!! (at which point I jumped up and tried to block the 70-inch screen with my somewhat narrower body. My strange double standard? I can’t explain it. Don’t ask me to.)

11. Alex (when Jack starts axing in the doors): “Thank God this is finally happening. I couldn’t stand the waiting any more.”

12. Alex (Jack chasing Danny through the maze): “That would suck to have a Dad like that. We are lucky our dad is not like that.” (um, yes.)

So, good fun, good fun. After it was all said and done, my son humbly apologized for his arrogance and agreed the movie had indeed scared the pants off of him. Turns out the older generation has something to offer these whippersnappers after all. The benefits are debatable. As for Alex, he’s now understands the cultural reference to “Redrum” and is sleeping every night with the lights on.

My job here is done.

But enough about me…what do you think of me?
The Grand Supreme