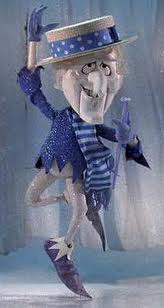 I believe in the power and wisdom of gratefulness. That said, I have spent the past several months being severely ungrateful for this winter’s weather (probably because, while gratefulness is nice, I believe more in the nasty, soul-satisfying rush you get from good old complaining). On the off chance that some of you might feel this way too and want to bond over our rotten attitudes, let me elaborate.

I’ve decided if winter was a man–specifically, a man I was dating–I’d dump him. Well, let’s back up. First, because I believe everybody deserves a chance, I’d probably try to talk him into behaving a little more…warmly. I’d helpfully suggest ramping up the sunshine, knocking off the wind and if he was gonna precipitate, well, you know, precipitate like a man. Snow or get off the pot.

He would ignore me, Winter, and just do whatever the hell he wanted to.

So then I’d avoid being around him. I’d quit taking his calls and responding to his texts. I’d badmouth him to my girlfrinds. I’d talk loudly in his presence, right in front of him, mind you, about how I intended on going to a place where THERE IS NO WINTER, JUST BLESSED SUMMER ALL YEAR ROUND.

He would still ignore me. Oh, and make my cable and internet and furnace repeatedly go out. To be perverse, once in a while, he would send me the occasional sunny morning, a dawn so mild and balmy I’d leave the house in only one layer, only to be caught out at noon–in my strapless, chiffon garden party dress–by plummeting temps and black clouds and gusts of tornadic activity. He toss in hail, maybe, just to show me I was not the boss of him. He’d laugh and shut down two-thirds of the country, in case I might be traveling anywhere.

I’d break up with him then. Forever. Taylor Swift-style. I’d write a snotty song about him, but I wouldn’t sing it as I’m not as cute/musical/popular as Taylor.

I’d block his number from my phone. I’d steal his credit cards and run them up. I’d start rumors about him. Mainly I would do all these awful things because I would be worn down and afflicted with SADD by this time, and I could not be held accountable for the craziness. Oh, and I’d curse his name, because since I’ve cut off all my hair, I can’t really pull off those knit stocking caps that look adorable over long hair. So my ears are really cold. His fault, not mine.

I’d go no-contact with Winter. I’d try to stay inside as much as possible.

So he’d force flying squirrels, desperate in the frigid night, to chew their way into my attic, where they’d settle in, build elaborate communities and begin to host The Midnight Flying Squirrel Olympics every night, racing across my bedroom ceiling, occasionally falling into my walls and jarring me awake. Then, me and the flying squirrels would gather around my cozy fireplace, eat salted almonds and drink cappuccinos and talk about how unfair it is I live inside and they have to live outside. (No, that wouldn’t happen. I would call Critter Control and try not to think about what was going to become of the little flying squirrel babies nestled up in my insulation.)

I hate you, Winter. I really hate you.

I do not want to get back together with you. Like, ever.

9 thoughts on “Hey Winter, Summer’s Way Hotter Than You”